Injury to the anterior cruciate ligament (ACL) of the knee is not uncommon. A variety of different injuries may play a role, but the classics include skiing, basketball, and football. As our understanding of the role the ACL plays in biomechanics of the knee improves, so has our understanding of the mechanisms of injury. Specifically, in the examples mentioned, snow skiing and snow boarding equipment directly loads the ACL which in turn renders the ligament more susceptible to injury. While womens basketball is more complicated, anatomical and athletic biomechanical factors have been demonstrated to be responsible for the almost epidemic level of ACL injury in female basketball!

No mistake, the ACL is vital to a properly functioning knee. As a ligament, the ACL connect two bones, the femur (thigh), and the tibia (shin) bones. The knee has four primary ligaments functionally, and each are important, but the ACL is the one that stabilizes the relationship of the bones under quadriceps muscle (or extension) loading. The quads are the muscles in the front of the thigh that straighten the knee, hold us up when standing or walking, and allow us to jump. When they contract, they place forces across the knee that the resistance of the intact ACL allows to be translated into normal extension of the knee. Without the ACL, the relationship between the femur and tibia is distorted, and abnormal forces are placed through, and into, the knee joint. 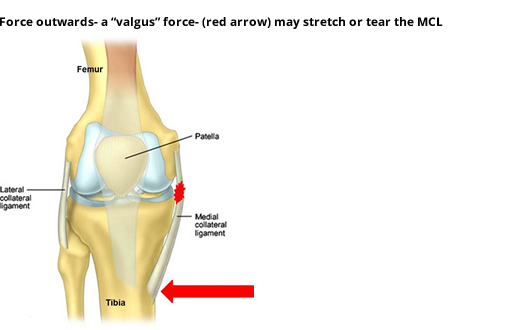 These abnormal forces are therefore at work with simple standing, walking, and getting out of a chair, and greatly magnified with running, jumping, and cutting. The distortion of the position of the bones leads to collapse or ‘giving way’ of the knee. Very inconvenient, but worse the constant shifting in the knee causes deterioration of the meniscal cartilages in the knee. These cartilages fit between the bones and are the shock absorbers and load sharers of the joint. When the meniscal cartilages go, the surfaces of the joint accrue damage and the knee becomes arthritic.

It is important to understand this degenerative process can be accelerated if the cartilages, or the joint surfaces, are damaged at the time of the original injury as well. This concomitant damage is actually typical, and represents a serious challenge to the long term health of the joint.

Filed under Health and Fitness